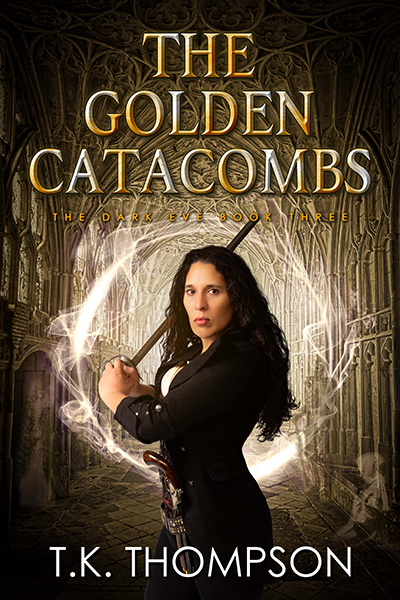 The Dark Eve returns to the high seas and the notorious Captain Acantha struggles with how to move forward. After Acantha’s capture by the witch in Woodmor and the lives lost, she becomes consumed with a revengeful road.

While working to recover, Acantha finds a fortuneteller who reveals the path she must travel. The soothsayer points to an ancient lost treasure, The Golden Catacombs, which hold the secrets of her past and future.

During their journey the conjurer strikes again. Acantha is seize by the witch’s spell repeatedly through their travels throwing her back into the haunted past to thwart her progress. The obstacles seem overwhelming, especially with the dark power lurking uncontrollably inside and Acantha finds deciding who lives and dies hard to govern. Acantha discovers they are all trapped in a curse and until it is broken, she is an instrument, and her family is leverage.

Get paperback book
Get Ebook

For a Limited Time Only!

Beldagar grew up experiencing strange premonitions within the dark gold mines near his primitive village. The only break in his life comes at a festival for the gods where he meets Rose. When his life feels like it is finally altering, a cursed sorceress comes revealing his fate and foretelling Rose’s death. He must choose the sorceresses deal or to take matters into his own hands. But, what if the final cost is murder?

Fans of Percy Jackson and the Olympians and Eragon will love this book.Reader Testimonial